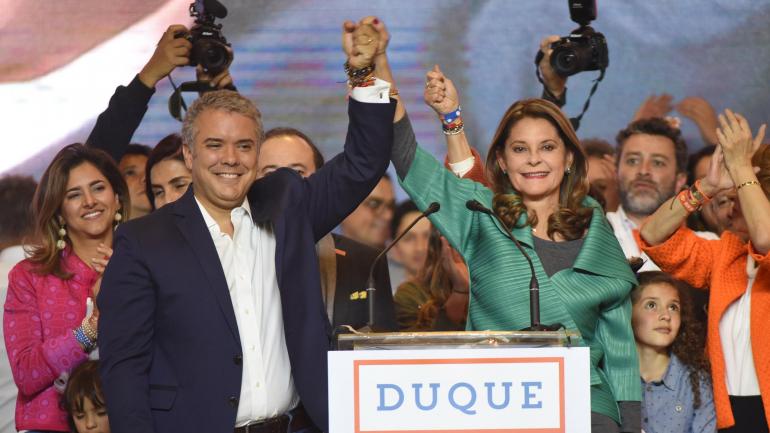 Colombian´s voted wisely. Polls estimated a clear victory for center-right candidate Ivan Duque and they were immaculately correct. In total, a record-breaking of 10.373.080 Colombians voted for Mr. Duque in what represents the single most voted candidate in Latin American’s oldest democracy.

We had advocated for a victory of Centro Democrático’s candidate as well, given his knowledge and achievements, his proven performance capabilities, his pro-business beliefs, his fresh approach to politics and his firm promise to reconcile our country with the fact that we finally signed a peace treaty with former armed movements with whom many Colombians are displeased.

More than anything, for us Duque represents something that we believe is key: continuity. Colombia has battled hard to rise from its ashes after years of hardship and sorrow. Electing a President that was going to maintain this country’s rebirth principles was crucial and we firmly believe that Duque will continue to fight for such ideals, which are no other than: guaranteeing security, improving education, strengthening democracy, promoting foreign investment and pursuing global competitiveness.

For Gutiérrez Group and for all of you who have trusted our country with hopes and investments, Duque’s election represents a milestone of unprecedented relevance. Colombia is sending a powerful message to the rest of the world regarding our preference for a free market and private property protection type of government, as opposed to a welfare or socialist approach, which unfortunately has proven disastrous for so many neighbors. This will undoubtedly generate further foreign interest in our country, which most likely will conduct to appetite for Colombian assets and a subsequent appreciation.

Furthermore, Duque has emphatically promised throughout his campaign that he will fiercely push for promotion of entrepreneurship and reduction of taxes, which all together should form a wonderful ecosystem for business. And if this wasn’t enough on its own, Duque has specifically targeted the agroindustry and made more than clear his intentions to heavily promote it in order to settle the historical debt that Colombia has with its more than 7 million hectares of fertile virgin savannas that are doing absolutely nothing other than growing grass. We are yet to discover what shape will promotion of agroindustry take, but we believe that for our Colombian Timber projects, this is close to winning a lottery and we are committed to doubling efforts and investments towards seizing what should be at least 4 to 8 years of abundance and prosperity.

Get in touch with us

Send us a message